Introduction:  Few will deny that music has a powerful impact on most of our lives, but it is interesting to think about why it is so powerful.  Music can help put us into various emotional states, whether it be relaxed, focused, or even angry.  I will discuss this topic in a Music Appreciation class.  Why is music such an important universal phenomenon across cultures, why does it impact us so profoundly, and what are the limits of its impact?  For instance, at times people have tried to blame music for influencing people to do bad things.  Is this possible under any circumstances (particularly if the music has no lyrics)?

Premail:  Using Blackboard, the class will be sent the following article to read about rock bands that have been accused of causing acts of violence through their music.

Opening Activity:  Students will play a Jeopardy game based on their knowledge from the article.

Video: I will use a TED Ed video that talks about the views of music in ancient Greece.  Some of these views might still be held by some today.  This will be followed by a brief discussion about these ideas.  Are any of them still relevant?

Infographic: I’ll use the following infographic to show some of the ways that we know music affects the human brain. 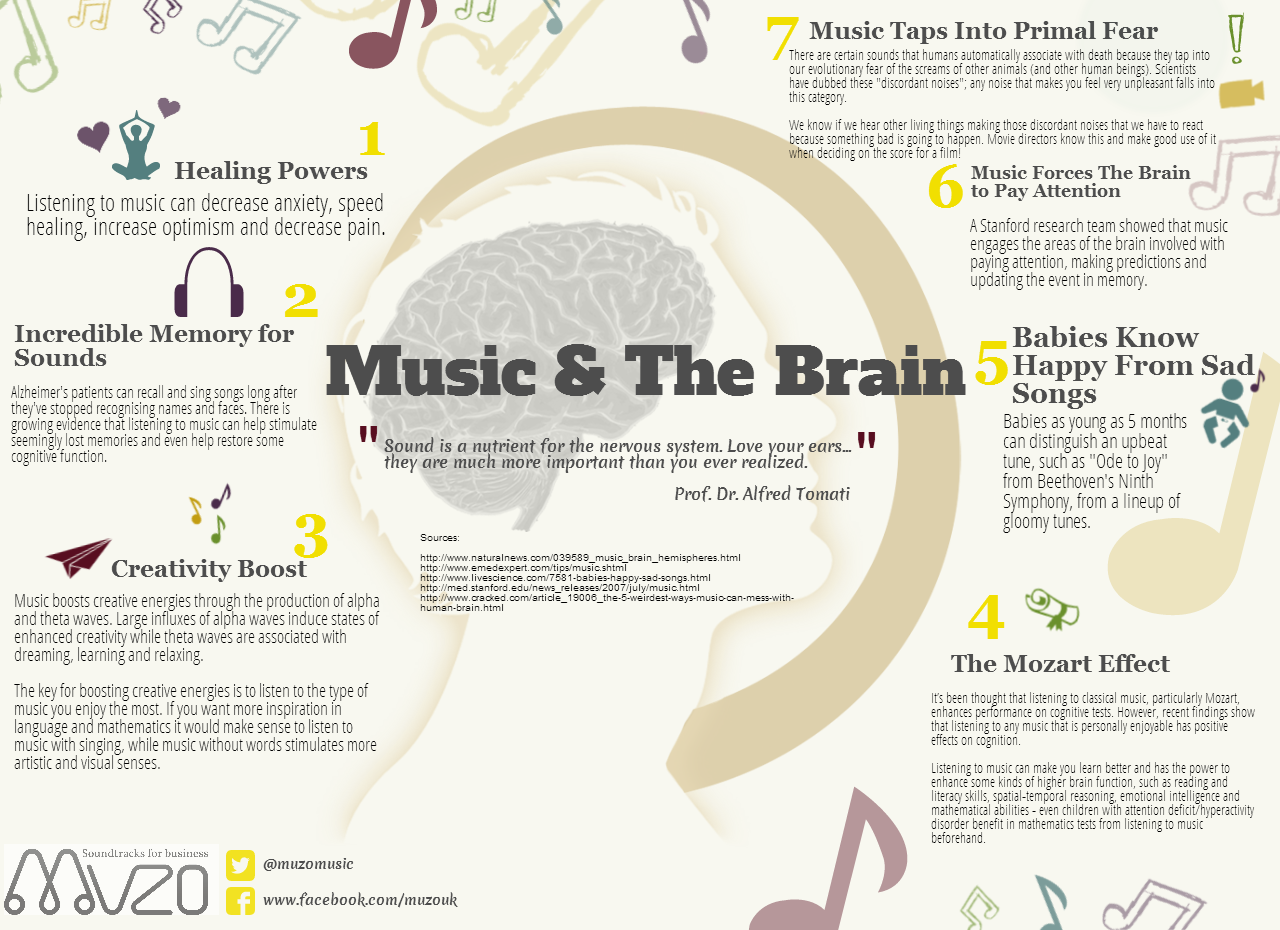 Music and the Brain

10 Magical Effects Music has on the Mind

Writing Prompt:  Taking into account the information they have learned about ancient philosophical ideas about music’s influence on humans and current scientific knowledge about its effect on the brain, students will be asked to write a short essay about the limits of music’s effect on human behavior.  In what ways can music affect us and how powerful is its impact?  Taking out lyrics, is it possible for music to influence someone to do positive or negative things?  Why or why not?